Spaghetti - It's not just for Breakfast Anymore 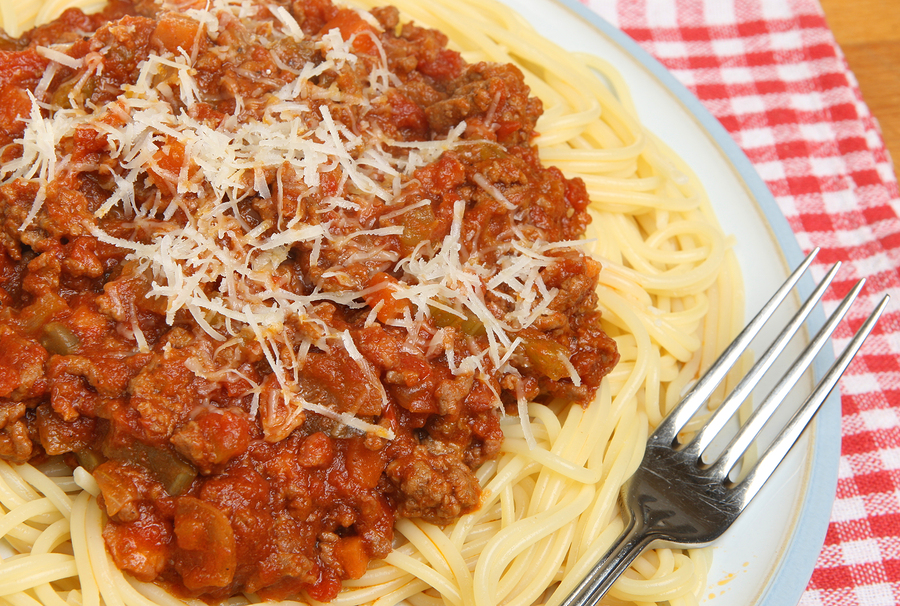 Spaghetti Dinners. Why do so many church youth groups have Spaghetti for their fundraisers? Some of the answers to that perplexing question are as plain as the meatball in the middle of your plate, others not so much.

First, we know that we can hardly trust teenagers to cook anything let alone Chicken Cordon Bleu or Lobster Thermidore. But, if you can boil water and open a jar of Ragu you are ready to cook spaghetti. Easy and fool proof. But, that can't be the only reason. If it were, then why don't youth groups just microwave some hot dogs and open bags of chips or have frozen pizza? No there must be a secondary reason. Besides, the youth sponsors usually cook the food anyway.

Maybe because spaghetti has a larger payout? This is a fundraiser after all. That could be true, how much does spaghetti cost to make, really? Pretty cheap overall I'm sure. But, portion size can really mess you up because everyone likes spaghetti, so everyone will eat it. Not too many kids will turn their nose up or push away from the table when it comes to the round thin noodle and tomato puree. Also, there is no doubt that seconds and thirds will be served at a spaghetti dinner. Next thing you know good ole Uncle Joe is loosening his belt and making a trip back to the serving window. He's a profit killer! Besides if cost were the only factor wouldn't we just have Ramen noodles and Bologna sandwiches. I shoveled that stuff in all during my college years so it still must be cheaper per serving than spaghetti. And really, who on earth wants a second Bologna sandwich?

The reason for all the pasta certainly can't be due to any positive health factors. I don't think I have ever heard of anyone going on the "spaghetti diet". There are no commercials where the paid actress says "I lost 10 pounds in just 30 days and all I did was eat spaghetti!" and likewise, I have never heard of a report from the American Medical Association claiming that 4 out of 5 doctors recommend a diet high in spaghetti noodles and tomato sauce. Health wise it would probably be as good for you to start with the dessert table. (Good suggestion by the way, especially if you want to be sure to get Gooey Butter Cake or homemade apple pie.)

However, the question still remains. Maybe it is a combination? Relatively simple to make, tastes good and fills you up. Besides I guess it is tradition.

So this Sunday stick around, scarf down some spaghetti and leave a big check in the donation basket. When our family goes out for Sunday dinner I figure about $15 to $20 each depending on the restaurant. Apply that thinking to your giving. This is not a free for all, it is a fundraiser. So, leave a little extra in the basket as you go by. I can tell you that it really is an investment in the spiritual health of the youth at our church and community. This fundraiser is for a trip to CIY or Christ In Youth. It can be a life altering experience.