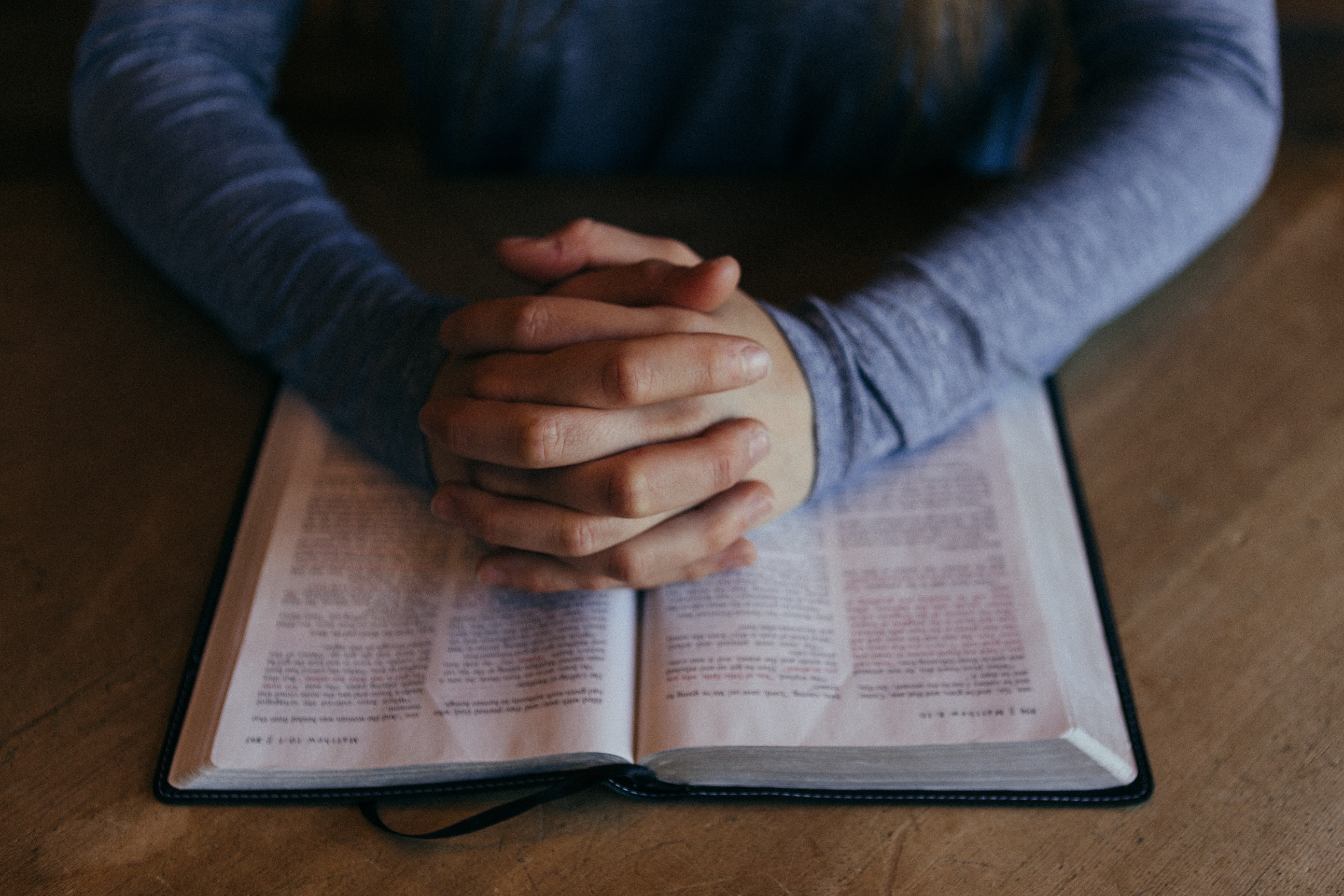 When you come to think of it, prayer is quite an odd thing to do. We either mentally or verbally speak to God. It is not man’s idea that this communication takes place, but it is God’s desire to hear from us and He allows us to speak to Him, not the other way around. As God is the creator of all things, omnipotent and all powerful, He really could have opted to cut us out of things and made this a one-way conversation. He speaks and we listen, but that is not His nature. Think about the very first prayer in the Bible. It was a conversation between Adam and Eve and the one that created them.

Genesis 3 opens with the all too familiar story or Eve and then Adam succumbing to the temptation of the fruit of the tree of knowledge. Adam and Eve hid from God to no avail and there is the first recorded discussion between God and man. Many of the same components are in the conversation with Adam and Eve that are in the prayers we offer every day.

We Hide – All too often we are like Adam and Eve still today. We think we have to be more sophisticated than the very first human beings. Mankind has grown, changed and evolved, but have we really? Since the creation, man has been struggling to follow the rules established for our benefit. Man was unable to keep from eating the fruit, just like we are unable to keep the Ten Commandments, just like we are unable to keep the commandment of love others and love God. We are a strong-willed people and despite the passing of the ages, that has not changed in the least.

Our response is avoidance of God. Often, we give up completely in prayer and turn off the communication thinking that what if we don’t tell God, He doesn’t know. Or when we do pray we avoid the one (or two or more) issues we struggle with most. Thinking in the back of our minds that if we don’t tell Him of our struggles, He won’t deal with them, ignore them or not know about them. Adam and Eve learned in the cool of the garden that was not about to happen.

We Blame – When we do talk to God and have the courage to actually bring up the things we are having difficulty with, we tend to couch the conversation in a litany of excuses in which we blame others. It’s not my fault I stole, they are just too greedy. It’s not my fault I don’t go to church, its full of hypocrites. Lying is OK if it is a white lie. True growth in the Christian is marked by the awareness that your sins are your sins. We are the ones who committed them. We are the ones that need to seek forgiveness. We are the ones that must have the awkward conversation with God.

There is some truth to the fact that Satan is there tempting us, that is his job. He wants to help us turn away from God and that is what sin is; a turning away from God and ignoring Him. But it is always on us when we succumb to temptation.  We are to blame, not others and not Satan. Remember the Bible says, “the Spirit helps us in our weakness” (Romans 8:26). That doesn’t mean we will never sin again–but when we are tempted, we can turn immediately to Christ, and He will help us.

God Responds – God is not deaf.  Isaiah 59:1 says “Surely the arm of the Lord is not too short to save, nor his ear too dull to hear.” He is more than willing to listen your prayers, but the rest of Isaiah 59 talks about how our actions cut off communication. Be very aware of that!

But, when we have open communication with God we have to be willing to hear the yes, the no and the maybe. Remember that God’s ways are higher than our ways (Isaiah 55:8-9). We see this when we look at the verses regarding Adam and Eve. Even when God was dealing with the consequences dolled out to the serpent and Adam and Eve, He made sure that they would have clothing (what they needed). This is not because it was going to be cold that night, it is because the world was going to be changed forever. No more frolicking in the garden in relative comfort. Clothes would be needed and God provided.

I am reminded of Psalm 81:10 “I am the LORD your God, who brought you up out of the land of Egypt. Open your mouth wide, and I will fill it.” We may not get what we want, but God will provide what we need when we are faithful to Him.

God is Fair – God deals evenly with all three participants. There is a curse for each. But wait a minute, I thought there was forgiveness? There is forgiveness, for us through the blood of Jesus! But, more than anything in this very first prayer forgiveness was never asked for. I can almost hear God saying to Adam and Eve, “Is that the story your sticking with?” when He confronted them. Nothing was added to the excuses of Adam and Eve so God get to reveal more of Himself when he makes sure that Adam and Eve had to deal with the consequences of God.

So when you pray remember that first ever prayer and that we need to stop hiding from God, blaming others for my sins. Know that God hears us, will respond and He is fair.