I'm a Christian. Can I Get a Tattoo? 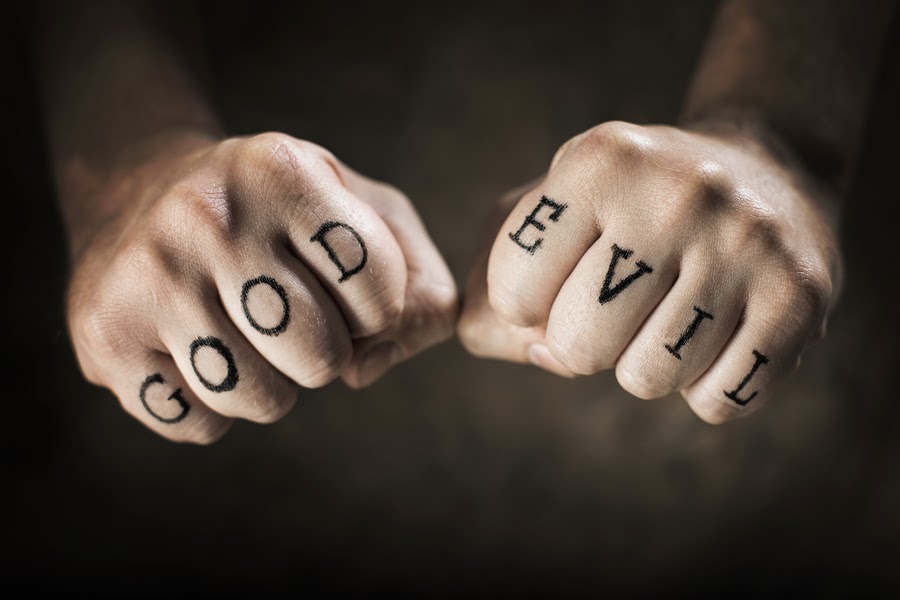 I have been told that this column may hurt more than actually getting a tattoo, but here we go. Tattoos in the eyes of some have become as much of a fashion statement as a Gucci Soft Stirrup Crocodile Shoulder Bag or as much as a statement on manhood as a bald head and full beard. Of course the problem with the tattoo as a fashion statement is ink tends to be permanent.  You can always change purses, shave your beard or revert back to the comb-over, but once the needle starts punching holes in your skin, no amount of soap will wash off your choice and the artist's handiwork.

The result of the current tattoo fad is there are societal pressures to conform to what society says is "hip".  I guess I just revealed how "square" I am because I used the term "hip".

This pressure is not new!
How Christians deal with societal pressure, is a struggle that Christ followers have been dealing with since the times of the early church. We know this because in Romans 12:2 we are told to "not be conformed to this world".  If conforming were not a problem, Paul would not have warned the church about it. Also, in the second chapter of Galatians we see Cephas eating with the Gentiles...until certain men from James showed up and suddenly he lost his appetite. He was pressured to stop interacting with Gentiles because of the crowd he wanted to impress or stay in good graces with. I wonder if Cephas wore a long sleaved robe to hide his new Nautical Star tat on his forearm? (Just kidding - not in the Bible)

Let's start with the limited information we have from the Bible on the specific subject of tattoos. Leviticus 19:28 clearly says, "Do not cut your bodies for the dead or put tattoo marks on yourselves. I am the LORD." No doubt about that, case closed. But is it? In Leviticus 19:19 the Bible says, "Do not wear clothing woven of two kinds of material." Every Sunday our pews are filled with sinners in a cotton/polyester blend!

However, if you are a mature Christian you understand the Old Testament is filled with rules that do not apply to us today and the argument in Galatians 2 is an argument for justification through Christ not the law of the Old Testament.

So, if you are looking for a clear cut "Thou shall not," in the Bible concerning tattoos, you will go away disappointed.

But that is not the end of the story. In New Testament biblical times the Corinthians struggled with the notion that they could do anything they wanted with their bodies. However, they were corrected by Paul. 1 Corinthians 6:12-20 says:

“I have the right to do anything,” you say—but not everything is beneficial. “I have the right to do anything”—but I will not be mastered by anything. You say, “Food for the stomach and the stomach for food, and God will destroy them both.” The body, however, is not meant for sexual immorality but for the Lord, and the Lord for the body. By his power God raised the Lord from the dead, and he will raise us also. Do you not know that your bodies are members of Christ himself? Shall I then take the members of Christ and unite them with a prostitute? Never! Do you not know that he who unites himself with a prostitute is one with her in body? For it is said, “The two will become one flesh.” But whoever is united with the Lord is one with him in spirit.

Flee from sexual immorality. All other sins a person commits are outside the body, but whoever sins sexually, sins against their own body. Do you not know that your bodies are temples of the Holy Spirit, who is in you, whom you have received from God? You are not your own; you were bought at a price. Therefore honor God with your bodies.

Hold it! When did this become about sex? It's not, it is about a principle we need to understand and adhere to, whether we like it or not. The principle is when we become Christians, we lose the right to our bodies. "You are not your own; you were bought at a price." This human flesh we carry around on our bones is not ours to tattoo or not to tattoo. We have accepted Christ and that acceptance needs to come with the understanding our body and soul is not our property any longer. Look at it this way with a simple fill in the blank "The body is not meant for _____________, but for the Lord, and the Lord for the body."

Can you fill in the blank with "tattoos" and still get one?

What does it all mean?

First, if you have a tattoo you are not destined for a fiery pit based on that alone. If you got a tattoo before you were born again, you may not like that you have it, but you may find it can be an important part of your testimony. Also, if you are thinking about God and your life, but look down and see a full-sleeve tattoo, don't let that hinder you! You will be welcomed at Berean, most churches, but most of all by Jesus Christ.

Second, if you are a Christian and are thinking about a tattoo, think a little harder. Why are you getting it? Will your tattoo advance the Kingdom of God? Is it for vanity or fashion statement? Would God want you to get it? Based on His opinion in the Old Testament the answer may well be no. Remember, as a Christian your body is no longer your own.

Lastly, if you are not a Christian and never want to be, it doesn't matter. Ink yourself up all you want. Just cover them up before you go to a job interview.